Home » Blog » Why cPanel Plus NGINX Is the Best Choice for Hosting?

Why cPanel Plus NGINX Is the Best Choice for Hosting? 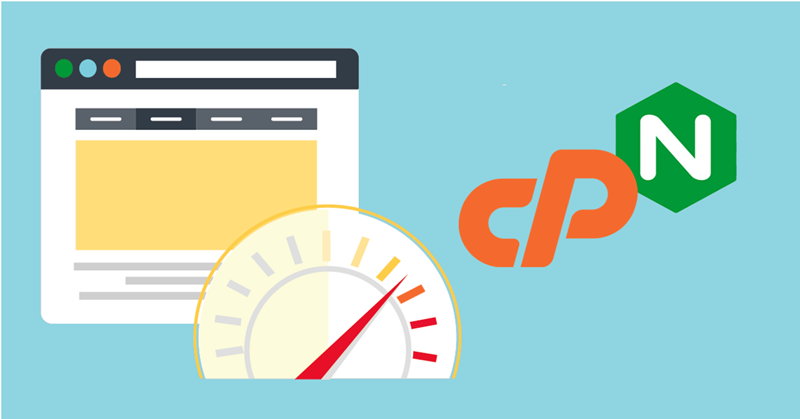 As an industry leader, cPanel is a web hosting control panel that more and more people are using to manage their hosting accounts. It means more or less all of the hosting providers are offering cPanel to end users as a user-friendly graphical interface to manage their Linux server or website. What makes the cPanel this much distinguished is a set of rich features to meet webmasters, Linux administrators, developers and any kind of IT man and customers’ needs.

Along with cPanel features, there are other important things to deploy in order to enhance performance and speed, boost SEO rankings, and Google PageSpeed. In this article we talk about the most important one, web server.

According to cPanel TV, cPanel Inc. exists for one reason and only one reason, that is to provide reliable automation software for companies to offer economical web hosting services, to make hosting accessible and easy to use to very wide audience that even your grandma use easily!

Now let’s take a look at web servers’ variabilities and their functions. There are a few main web servers mostly used worldwide: Apache, IIS, LiteSpeed, NGINX, and GWS. Among the above said web servers, Apache is used more widely than the others. Here’s the reason why we should consider its performance compared with the other popular web server, NGINX.

So the first main question is: What are the key success factors of Apache? The most important factors are the backbone of apache, widespread support and the flexibility to be deployed and configured in different ways.

Apache was first created in 1995 from about the time of early internet. It is installed by default by the cPanel. Since the first years up to now, Apache’s been updated and upgraded several times to improve the performance and efficiency by reducing the RAM usage. So Apache uses flexible algorithms to handle the requests.

For example, apache can be configured through different Multi-Processing Modules (MPMs) and for years it was MPM Prefork out-there which was not well scaled when it came to process many concurrent connections. Large websites were suffering from high load times. After that the other 2 MPM, “Worker” and “Event” were deployed to scale better than the “Prefork” and in sum these two handles the connections and requests much faster. The upgrades go some way towards to improve efficiency and performance; nevertheless, because of the high resource usage and inability to handle very large requests and traffic levels, according to benchmarks, the Apache is at some points slow or even too weak, i.e. when it comes to DDOS attacks, Apache’s much easier and probable to get exploited fast.

To eliminate the shortages of the Apache, NGINX web server was created to handle large volume traffic and big sized web pages, as a scaling solution to meet the new World Wide Web needs.

NGINX is an open-source web server that can be installed and used as a standalone web server or as a frontend proxy within other web servers including Apache web server. So NGINX can be deployed as a HTTP server, reverse proxy server and also as a well optimized mail proxy server for IMAP/POP3.

Besides the ability to handle many request at the same time, NGINX is popular for its low memory usage and high speed load times. It will be explained in next paragraphs. This drop-in solution to deploy NGINX as a proxy web server will lead to serve static contents very well and as a result, handle traffic much faster. The efficiency level depends on how much the NGINX as a standalone web server or proxy server fine-tuned.

Now let’s compare the performance of NGINX web server with Apache. Contents are fall into two categories when it comes to the way they are served. There are static and dynamic contents that the way they are handled and rendered may differ in different web servers, i.e. static contents are handled much faster in NGINX than Apache using MPM event (one of the best Apache modules). According to benchmark test running up to 1,000 concurrent connections, NGINX is about 2.5 times faster than Apache. It also consume a bit less memory. So if you’re going to serve static content only (such as a cloud and download space), then by all means choose and configure NGINX web server. NGINX is Superior implementation in different aspects of static content page load and requests’ response time test.

Another major test goes around dynamic content; to see how well these two web servers serve dynamic contents such as WordPress, Joomla! or Magento codes and databases. According to another benchmark test, the time required to handle 108 dynamic requests in both web servers are just the same. What makes the NGINX the superior and better web server is the way it serves dynamic content and static files simultaneously without the need to launch extra processes for that and ultimately NGINX do it faster.

There are many other factors to pay attention to and to go through, such as security, flexibility, support, documentation, architecture, etc., but the most important one which includes all the above said factors at highest rate of quality is the control panel and server set of configurations.

As said before cPanel is the most popular control panel for its user-friendly UI, security, stability, and highlighted features. Now let’s imagine having both NGINX and Apache in cPanel as a  web hosting package. It would be all about security, speed and flexibility.

Rackset uses cPanel along with reverse proxy NGINX and Apache to guarantee the best set of features can have all-in-one hosting package. For example when talking about flexibility, the use of “.htaccess” file become bold. Using .htaccess file, one can have additional configuration than the system-wide settings on a per directory basis. NGINX as a standalone web server doesn’t support .htaccess file but using NGINX as a front-end proxy with Apache web server, you may benefit the .htaccess file as well. Handling a request, the web server will first check the directory contents first for finding an .htaccess

file and override the web server’s setting by applying the directives found within that .htaccess file. Users can benefit many server-level features the way they want by that .htaccess file such as restricting accesses and blocking IP addresses, implementing URL and domain rewrites, define caching policies, changing directory indexes and … .

Besides that when it comes to one of most wanted features, speed, NGINX can be a real help. NGINX can bring about high load speed and low page load time by handling concurrent requests very fast and using PHP opcode cache tuning with XCache or other similar tools, causing the reduction of memory usage. Also to speed a site up to 10 times, NGINX can benefit from the Google’s PageSpeed module. PageSpeed is superb for enjoying high performance on cPanel NGINX server, and is helpful to optimize website speed.

Whether using the PageSpeed module or not, because of the caching, as of high speed and performance of NGINX and cPanel, the search engine rankings would be boosted to a high degree.

In fact by decreasing the page load time and optimizing TTFB (time to first byte means how long it takes client’s web browser receives the first byte of information from the server), you’ll get better SEO and page rankings results in Google. Site speed is one of signals used by Google’s algorithm to rank pages. Also Google’s specifically measures TTFB when crawling a website and considering its speed. In sum the faster TTFB and site speed is, the higher ranked pages would be.

To put it through, let’s check one of the speed metrics tools made by Google, PageSpeed Insights. The PageSpeed insights examines the speed as one of major indicators to measure optimization score.

The user experience on mobile devices is also a key factor that Google is targeted. A part of the user experience for a website is having responsive design and being fast. It is why cPanel plus NGINX are of best implementations to have to enjoy high page ranks and SEO rankings.

what is WordPress hosting service?