We recommend using cPanel and DirectAdmin in order to control your Linux server. However, a selection of free control panels (ISPConfig, Ajenti, Webmin, CentOS Web Panel) are available. In terms of the Operating Systems we offer a wide range of Linux distributions, including Ubuntu, Debian, CentOS, Kali Linux, and Arch Linux. We also provide Unix operating systems that are based on Linux, such as FreeBSD as well as OpenBSD is able to be run on VMs.

Uptime can ensure your project is running and will result in fewer interruptions.

Log in to the Linux VPS server within a couple of minutes.

Scalable to Suit Your Needs

You no longer have any need for lengthy, manual migrations.

US and Europe-based Linux VPS Servers

All Linux VPS Server Plans Include

The Linux Virtual Private servers come with 24/7 assistance, no-cost website transfer onto our Linux VM, and full control of the most reliable Linux server for VPS, SSD strong firewalls to guard your data from any attack, and robust Linux VM processing, LiteSpeed Web-Servers, and a monitoring system.

Higher performance with SSD NVMe drives that are installed on our Linux VPS servers right out of the box.

You are the only person who has control over the server. Even the support team needs your approval before making any modifications.

Expert and knowledgeable support experts from our team will offer technical assistance in excellent quality via live chats and emails at all hours of the day.

Our team can transfer your website to our Linux VPS server free of charge and without any data loss.

The protection of cloud server hosting is probably the most crucial factor. There is no doubt that we have a strong firewall installed.

We employ the tier 4 security layer as well as software to set up firewalls on our servers on every level.

All of our Linux VPS servers include the most well-known web server you can find anywhere, LiteSpeed.

If you aren't happy with our Linux VPS servers we will issue a refund within your first thirty days after the billing account has been registered.

Each Linux Server we offer comes with a team of experts monitoring it and guaranteeing 99.9% uptime.

Our Linux VPS servers come with the fastest processors available on the market that enhances the performance of the server.

What is Linux VPS (Virtual Private Server)? Why Should You Choose this Option?

A Linux VPS (Virtual Private Server) is an excellent option for individuals who want to run their own website, FTP, or database. Linux VPS is less costly than dedicated servers but also less expensive than shared hosting! You may pay using PayPal or a credit card. Popular and safe payment gateways!

On the Linux virtual servers, you may choose between CentOS, Ubuntu, and Debian. It can run popular open-source programs and modules. Most site builders, including Drupal and other PHP-based apps, need Linux. The Linux server is housed in one of the top data centers in more than ten locations in the US and Europe.

Who Benefits from the Use of Linux VPS

Linux server configuration has the distinction of being the most reliable OS that is currently available. Rarely does a Linux OS server require a restart, and it doesn't suffer from crashes, which assures maximum uptime and enhanced performance.

Linux VPS is the ideal option for hosting Kubernetes applications due to the number of workloads that they can release on processors. Linux is the ideal choice to choose since it requires minimal to no restarts during the entire year.

Linux server configurations are designed in a way to run as many web applications as possible and without having to drop any quality or performance of the overall Linux VPS server.

If you've used a dedicated server you'll know that it can make the entire concept and experience of running an online presence feel amazing. The use of dedicated servers on Linux provides you with your space to yourself, free from other users, ensuring that your website operates smoothly.

A fast Linux VPS is superior to other operating systems in terms of performance. It can handle multiple simultaneous users without trouble. It is able to handle more capacity and processing power which means that websites load faster, enhances user interaction and all the processes you execute within your servers will be more efficient and are less disruptive to other operations happening on the server.

It's hard to deny the security Linux OS provides. It is regarded as being the most reliable OS that is currently available. Very rarely would the Linux OS server require a restart, and it is not suffering from crashes, which guarantees optimum uptime and improved performance.

Linux server security is truly unmatched. The past has shown that viruses and malware typically struggle to break through the security measures of Linux. Since it is an open-source OS all users in the Linux community network have access to sources of code and spot and correct vulnerabilities and bugs that ensure the highest levels of security.

As mentioned, Linux OS is open-source and is free, therefore you are not obliged to pay licensing costs each month, as you would with a Windows OS. Being virtual servers means that pricing is based on the specific requirements of each client.

Our Linux VPS solutions have been optimized by our team to give you the highest performance. Virtual private servers run on next-generation architecture NVMe SSD storage and extremely resilient infrastructure.

We guarantee you 99.99% availability. This gives the customers and yourself uptime that you can trust. Like an individual server, the resources are yours, thanks to our cloud infrastructure ensuring that noisy neighbors don't pose a problem.

Linux VPS servers are typically developer friendly. Our Linux server services are suitable for developers and are specifically designed to help make DevOps easy. It's an innovative platform that lets you build infrastructure with code.

Experience the highest performance SSDs to get 3X the speed, plus unlimited bandwidth. Additionally, you receive KVM virtualization to ensure complete control of your hardware's resources.

Europe and United States data centers are available to choose for your brand new Linux VPS server and they are optimized to speed up page loading and better user experience.

We provide an email service to ensure that your email messages are delivered in time and without spam. Our mail servers will send outgoing emails via our cloud-based server. You'll be able to profit from our IP popularity.

The malware-scanning service will analyze the Web directory files in a way that is automatic. You will be alerted when malware is found in these files and can proceed to delete them.

You have full control over the resources of your Linux VPS server and you alone can either increase or decrease how much resources you are going to dedicate to a web application.

10 Gbit of Public and Private Networking

High-speed connections are accessible for all cloud server choices. Cloud's ubiquitous nature is a significant benefit. Cloud data is accessible to clients any time they have access to the Internet.

Ensure strong defenses for your projects. Other than having the most secure OS, we have also configured Linux servers with firewalls for extra layer of security.

Software is built on GNU and the distribution is basing itself in Linux Kernels. Linux Kernels. It is possible to download Debian 10.x 64-bit Debian 9.x 64-bit and Debian 8.x 64-bit editions from vps-mart.com. The Debian operating system VPS is compatible with SolidCP as well as the Website Panel.

Ubuntu is based on the Debian GNU/Linux distribution. It is available as open and free software. One of the major advantages for the Ubuntu operating system is its solid support. The Linux operating system is estimated to have global use of more than twelve million people.

Our dedicated servers have a strong and talented support team behind them. Our support team has years of experience working with all types of different servers in high pressure environments.‌ 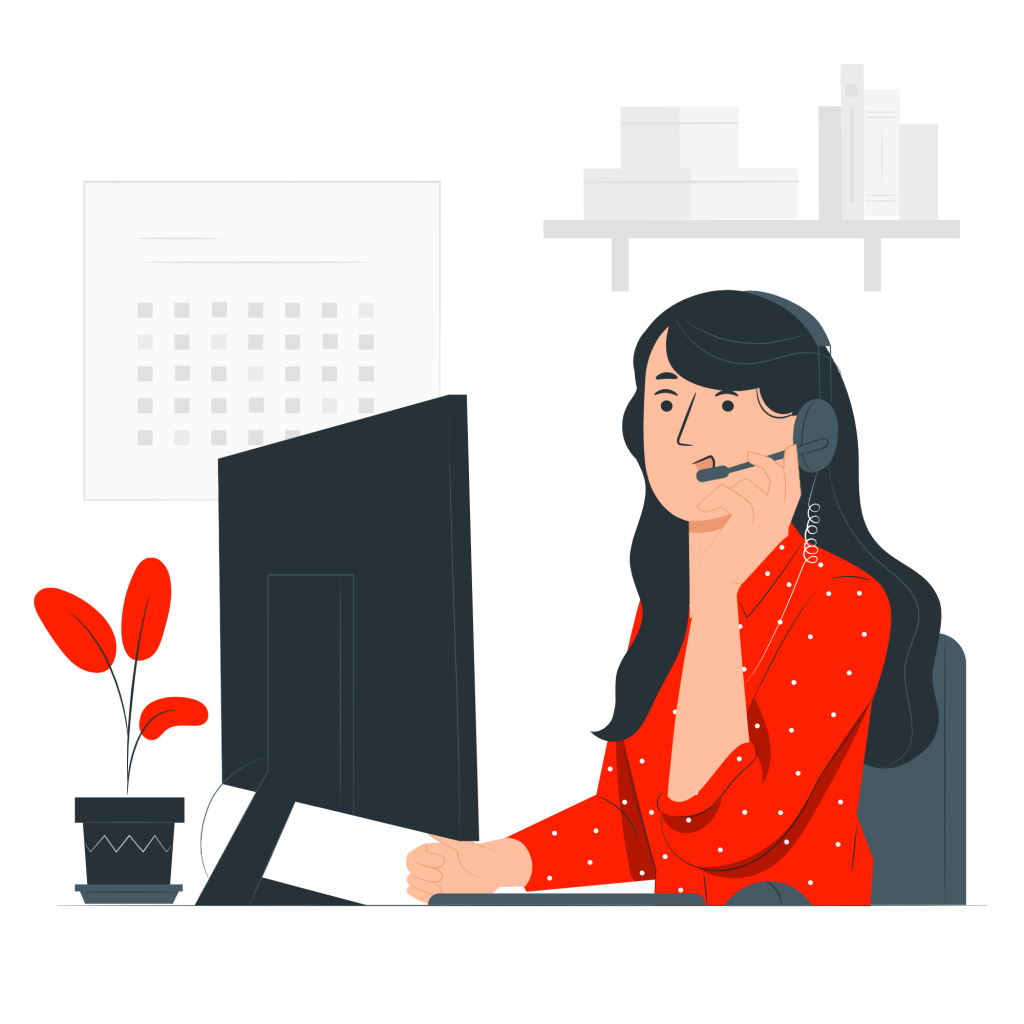 Other Services in Our Portfolio

Linux Server is not our only services, we’ve active a wide range of hosting services that might suit your needs.

In a cloud setting, a VPS can be scaled up or down based on your resource needs.

Be In Touch with Us

What Is A VPS Server? Why Do We Need Virtual Private Server?

VPS is a safer and more stable option than shared hosting, where there isn’t an exclusive server space. It’s also smaller and less expensive than

With the many choices to choose from, selecting the best hosting for your website can be an overwhelming task, especially when you have to choose 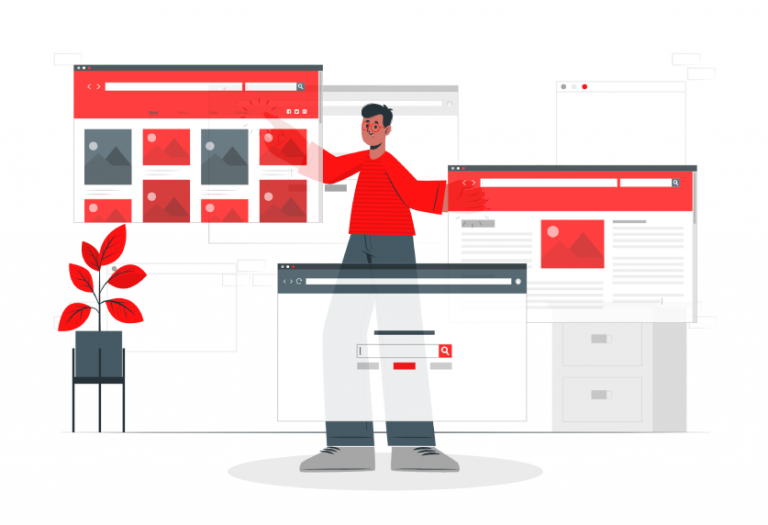 If you’re looking for the best WordPress themes for 2022, there are a lot of things to take into consideration. We have a wealth of

WordPress vs Ghost CMS – Which Is the Best Blogging Platform?

The majority of people who are interested in blogging or developing websites have probably encountered or used WordPress. With over three-quarters of the websites on

cPanel vs Plesk vs hpanel vs Directadmin vs WHM

Nowadays, it’s about managing your domains or email accounts or installing new applications using a control panel, it can make it easier to handle even

The overall experience you get from hosting is dependent on the control panel’s capabilities and user-friendliness, so you need to choose the right one. In